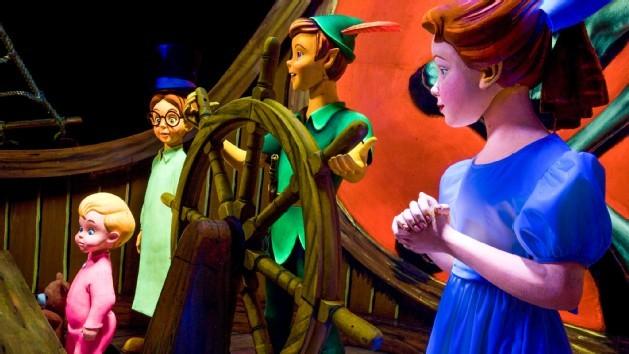 When we think about Walt Disney World we all have thoughts of kids enjoying rides and moments at the parks.  Some of these memories might be our own that we created as a child visiting Walt Disney World.  Others may be the memories of your own kids or grand kids during their recent visit.  No matter what those memories may have been when you think of favorite Walt Disney World rides, you have some.  We are going to take a look at Top 10 rides by age groups.  We want to hear your thoughts!  Did we get it right? What do you think needs moved or added?  We encourage you to join our community and join the conversation.

Without further ado….. Let’s start the Top 10 rides at Walt Disney World as picked by kids under 5

Mine, Mine, Mine!  Sometimes forgotten because it’s tucked away, but kids enjoy the seagulls out front and then the adventure through the sea looking for Nemo.  As the ride concludes the kids like seeing the huge aquarium with sharks, dolphins, stingrays, and many more.

“It’s a small world after all, it’s a small small world!”  Who can’t sing that and get it stuck in their head for longer than they probably intend to?  Sorry!  Kids love the singing, miniature dolls and overall scenery.  Enjoy the journey through the continents of the world as you are serenaded in the musical tones that match each area.  Keep an eye out for some dodo’s, no I don’t mean anyone you’re traveling with either.

Ariel’s new ride in the new Fantasyland, taking you under the sea in a fun, musical and colorful adventure.  Keep an eye out for that wicked Ursela!  In the end love conquers over evil with the classic scene from the movie reenacted.

Join Buzz an his adventure to protect the galaxy from evil Emperor Zurg.  Use your laser blaster to defend the galaxy and blast the Z targets to gain points and raise your rank, maybe you can become a galactic hero.  Keep an eye out for the targets that score higher points to help you achieve your higher status.  Some of the targets are hard to find!

Every swash buckling kid loves the thought of flying like Peter Pan and fighting off Captain Hook.  They are enamored  with flying over London and by the Mermaid Lagoon.  Kids all dream of flying at some point, this is one of the few chances they get that experience in a safe manner that parents don’t mind.

Aside from going to Africa, this is about as good as you can get for seeing some animals in their more natural setting.  Some of the animals are roaming freely and cross your path, some even are not shy and come up very close to your vehicle for some great photos.

A fun little introduction to roller coaster riding for kids.

A 3-D interactive ride where the characters of Toy Story greet you in various scenes from the movie.  In each stage you are shooting at virtual targets to earn points.  Hitting some targets trigger some surprises and others reveal special targets.

Simply put, what kid, young or old, doesn’t want to drive their own car in a race?  Did I mention it’s a race car?

Kids love the thought of flying with Dumbo.  The ability to be in control of flying their own Dumbo car is the best!  Now with the recent relocation of Dumbo and the new waiting area that is a playground for the kids to play in while they wait, Dumbo can be hard to beat for kids this age.  The playground is air conditioned inside where the majority of the que is.  The nice part is that the kids can keep playing if they aren’t ready to leave when the pager goes off.  On those real hot, humid summer days when everyone needs a break, this is a nice place to head.

These are the Top 10 rides at Walt Disney World as picked by kids under 5.  Now it is your turn, what do you think?  Did they leave something out your youngster loves?  How about your memories, did you have a favorite you want to support that’s on our list?

Missing these great memories? Contact us for a FREE quote.  ALL of our services for Disney vacations are FREE.