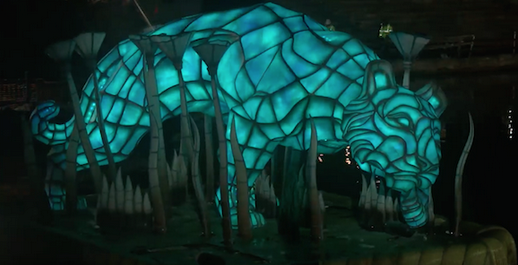 We’re excited to share that Rivers of Light, the first-ever night-time show at Disney’s Animal Kingdom® Theme Park, will officially debut at the Walt Disney World® Resort on April 22, 2016.

The show, set on Discovery River in the Asia section of the park, will depict an ancient lantern festival guided by two storytellers who call forth four animal Spirit Guides: an Asian Tiger, Tropical Turtle, African Elephant and Great Horned Owl. These Spirit Guides return at different points during the show to lead the audience through their journey through the Rivers of Light.

Get a first look at some of the illuminated lanterns, water screens, moving fountains and other amazing elements that will be featured in “Rivers of Light” in this video.

Join the discussion on Rivers of light, what are your thoughts leading up to the debut.  Once you’ve seen it let us know what you thought.  The discussion is starting in our forums, here.