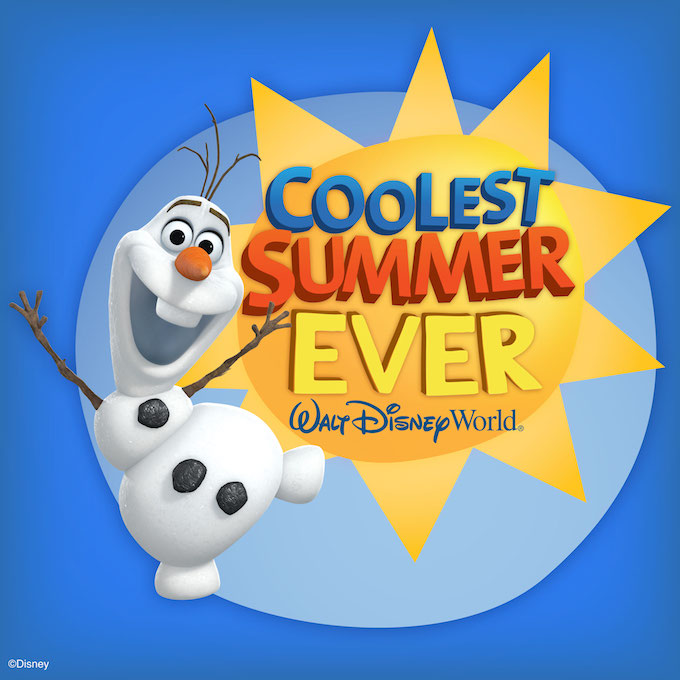 Walt Disney World® Resort will kick off the “Coolest Summer Ever” with 24 hours of nonstop fun during a special event May 22-23 at the Magic Kingdom®, hosted by Olaf, the summer-loving snowman from Disney’s blockbuster animated hit “Frozen.”

Magic Kingdom Park will be open 24 hours from 6 a.m. to 6 a.m., Friday May 22, 2015 to Saturday, May 23, 2015*. You’re invited to come in costume** to show your Disney Side while a selection of favorite attractions, entertainment, special event merchandise, plus food and beverage are on tap all night long to celebrate the start of the “Coolest Summer Ever” at Walt Disney World Resort.

During the “Coolest Summer Ever,” you can get your cool on all summer long at four theme parks and two water parks. Highlights include:

Like the Walt Disney World® resort event, this all-day/all-night party will begin at 6 a.m. on Friday, May 22 and will conclude 24 hours later at 6 a.m. on May 23. The event will include dancing and special character encounters at locations in Disneyland and Disney California Adventure® Parks, along with enchanting Disneyland Resort Diamond Celebration décor throughout the resort, as well as the shows and attractions that you love.

Here’s a look at what’s in store when the Disneyland Resort Diamond Celebration begins on May 22: